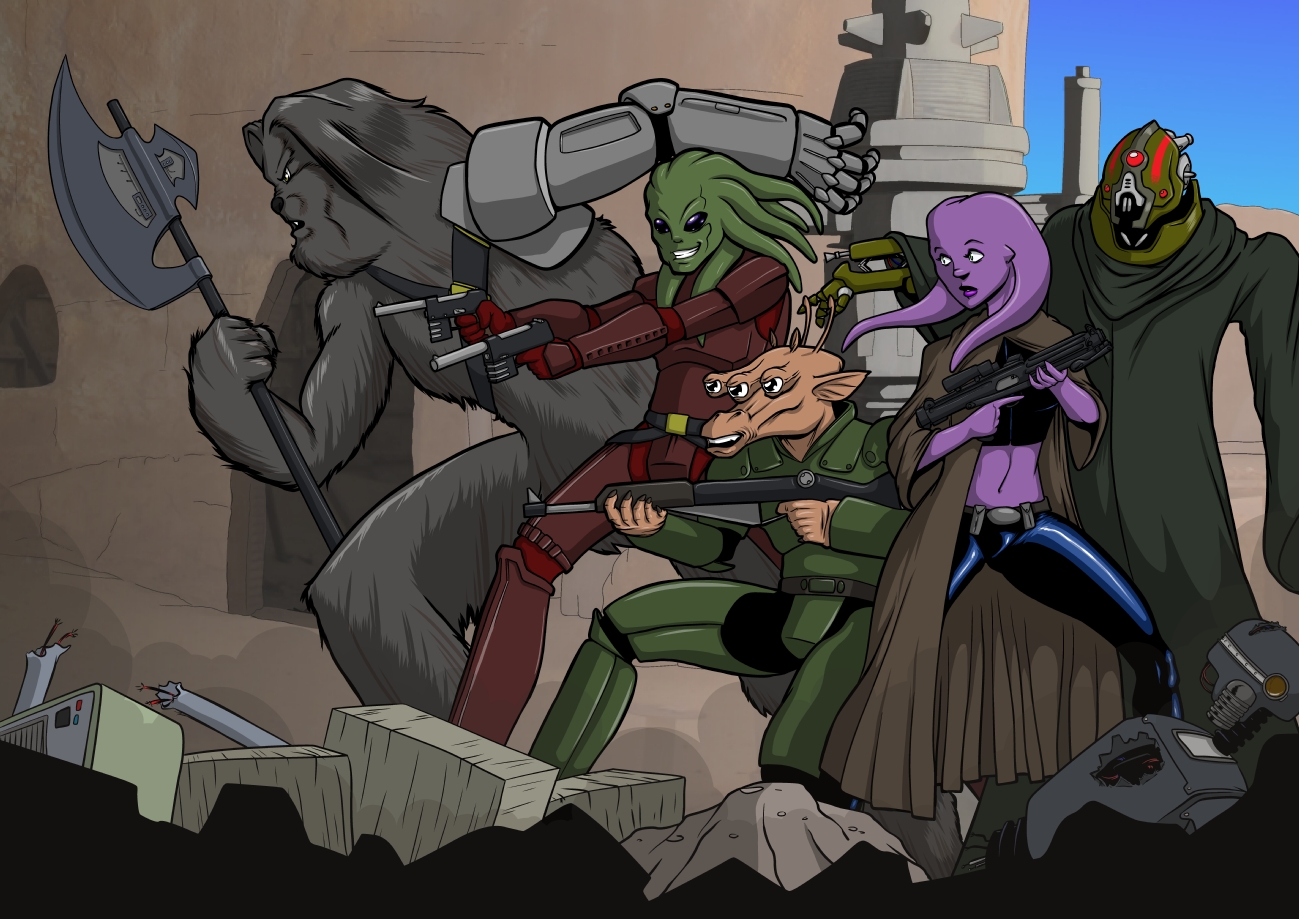 Dropped off on a strange jungle world full of infamously deadly predators with the mission of capturing an entire Imperial base by themselves, these are the adventures of… the Onderon Cell!

Current Group Obligations:
1-20 Chalkkatta and [[:lucky | Lucky are Wanted by the Inquisition
21-30 LE-03‘s Bounty from his body’s original owner
31-55 Lucky‘s Betrayal of the Hook Beak pirates.
56-60 The group’s obligation to the Ord Radama casino
61-65 Everyone’s Criminal involvement of the massacre at Iziz
66-75 Revenge of Malau Jocaos‘s foiled plans on Ord Radama
76-80 Sola’s “sponsorship” by hutt cartel
81-85 Sola’s obsession with being the greatest floonorpist in the galaxy and all things floonorpy

Contribution Rank 4 (Respected and trusted by the Alliance. Minor notoriety to the Empire, considered to have limited but useful tactical information if questioned; execution after interrogation expected.)

I'm sorry, but we no longer support this web browser. Please upgrade your browser or install Chrome or Firefox to enjoy the full functionality of this site.